In a moving series of sketches, Ghaith Abdul-Ahad captures grueling journeys blighted by poverty and exploitation: Last summer, the Turkish port city of Izmir became the springboard for hundreds of thousands of refugees hoping to reach Greece. They came looking for smugglers to take them to sea – and lifejackets to keep them alive. Every third shop on Fevzi Pasha Boulevard, a wide shopping street that led to the smugglers’ quarter, was happy to oblige.

“Original Yamaha,” shopkeepers would shout to passing refugees. “Come in and try one.” Some shoe-sellers and tailors put their usual stock in the basements, and started selling crudely made lifejackets instead. Smugglers block-booked the rooms of nearby hotels for their clients. Greece lay just across the Aegean.

In 2015, if there was a ground zero for Europe’s migration crisis, it was here, on the western Turkish coast. But a few months on, a deal has been struck between the EU and Ankara which should see most migrants arriving in Greece being deported back to Turkey, and the picture is very different. The hotels are empty. And the shopkeepers on Fevzi Pasha Boulevard are largely back to their original stock.

Sitting in a cafe in front of the train station, a thick orange scarf wrapped around his neck, a Syrian tailor watches people timidly as his son makes castles out of sugar cubes. A few weeks ago this cafe and the square teemed with smugglers conducting their illicit trade in the open, and refugees negotiating prices. Today, two Turkish police officers stand on a street corner to scare away smugglers and their clients. [Continue reading…] 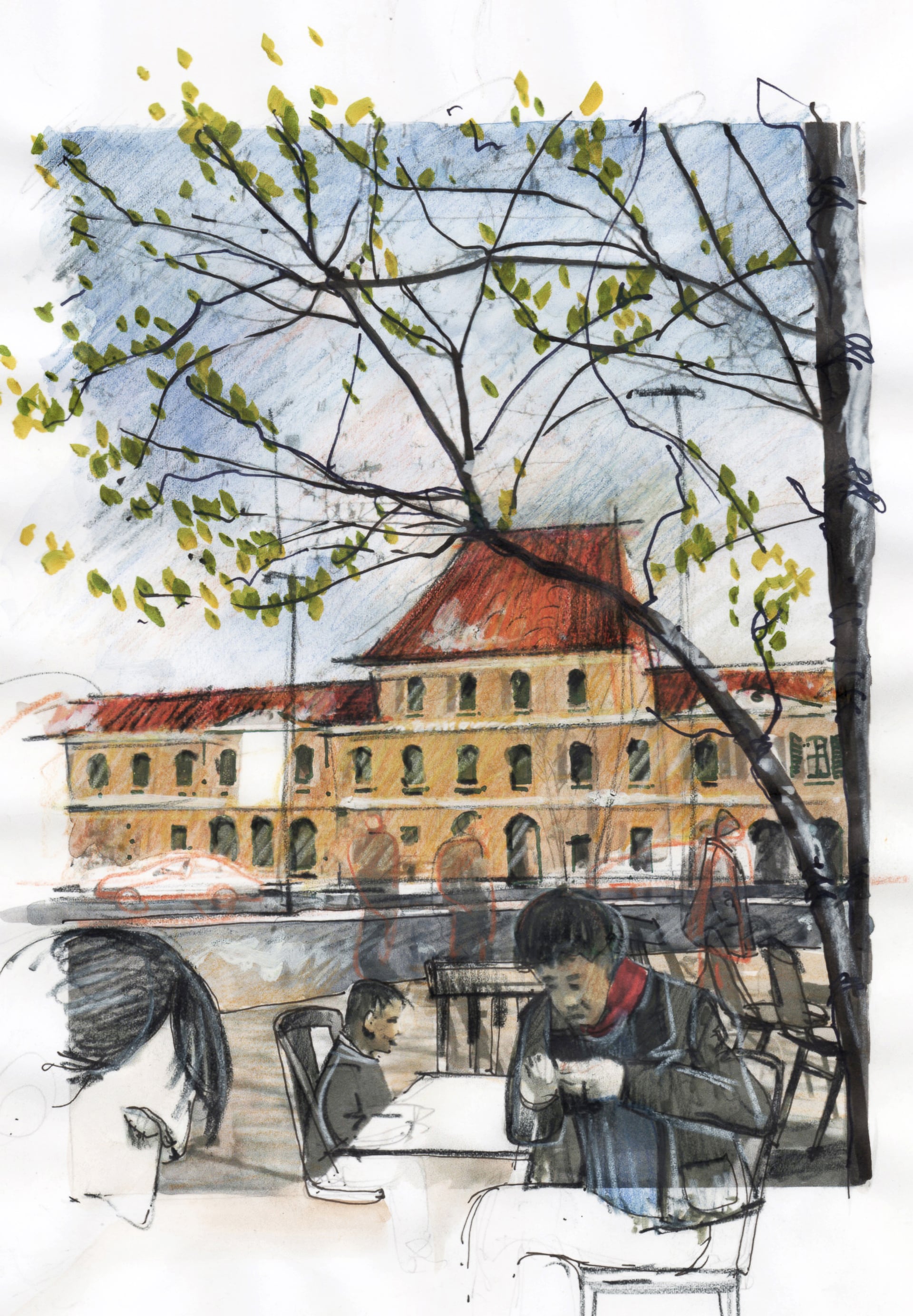