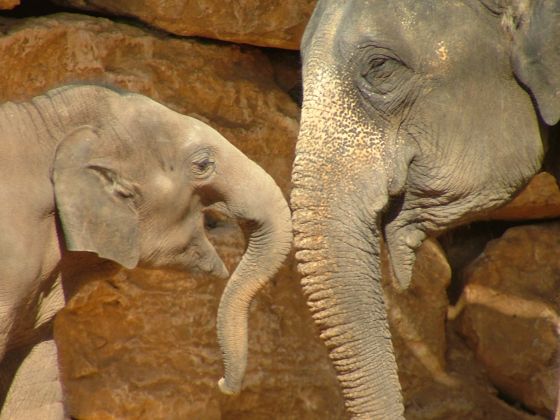 Tania Lombrozo writes: Researchers have studied how people think about humans in relation to the natural world, and how the way we reason about humans and other animals changes over the course of development and as a function of education and culture.

The findings from this body of work suggest that by age 5, Western children growing up in urban environments are anomalous in the extent to which they regard humans as central to the biological world. Much of the rest of the world — including 3-year-olds, 5-year-olds in rural environments and adults from indigenous populations in South America — are more inclined to think about humans as one animal species among others, at least when it comes to reasoning about the properties that human and non-human animals are likely to possess.

To illustrate, consider a study by Patricia Herrmann, Sandra Waxman and Douglas Medin published in the Proceedings of the National Academy of Sciences in 2010. In one experiment, 64 urban children, aged 3 or 5, were asked a series of questions that assessed their willingness to generalize an unknown property from one object to another. For instance, they might be told that people “have andro inside,” and would then have to guess whether it’s right or wrong to say that dogs “have andro inside.”

The findings with 5-year-olds replicated classic work in developmental psychology and suggested a strong “anthropocentric” bias: The children were more likely to generalize from humans to non-humans than the other way around, consistent with a privileged place for humans in the biological world. The 3-year-olds, by contrast, showed no signs of this bias: They generalized from humans to non-humans and from non-humans to humans in just the same way. These findings suggest that an anthropocentric perspective isn’t a necessary starting point for human reasoning about the biological world, but rather a perspective we acquire through experience.

So what happens between the ages of 3 and 5 to induce an anthropocentric bias?

Perhaps surprisingly, one influence seems to be anthropomorphism in storybooks. [Continue reading…]