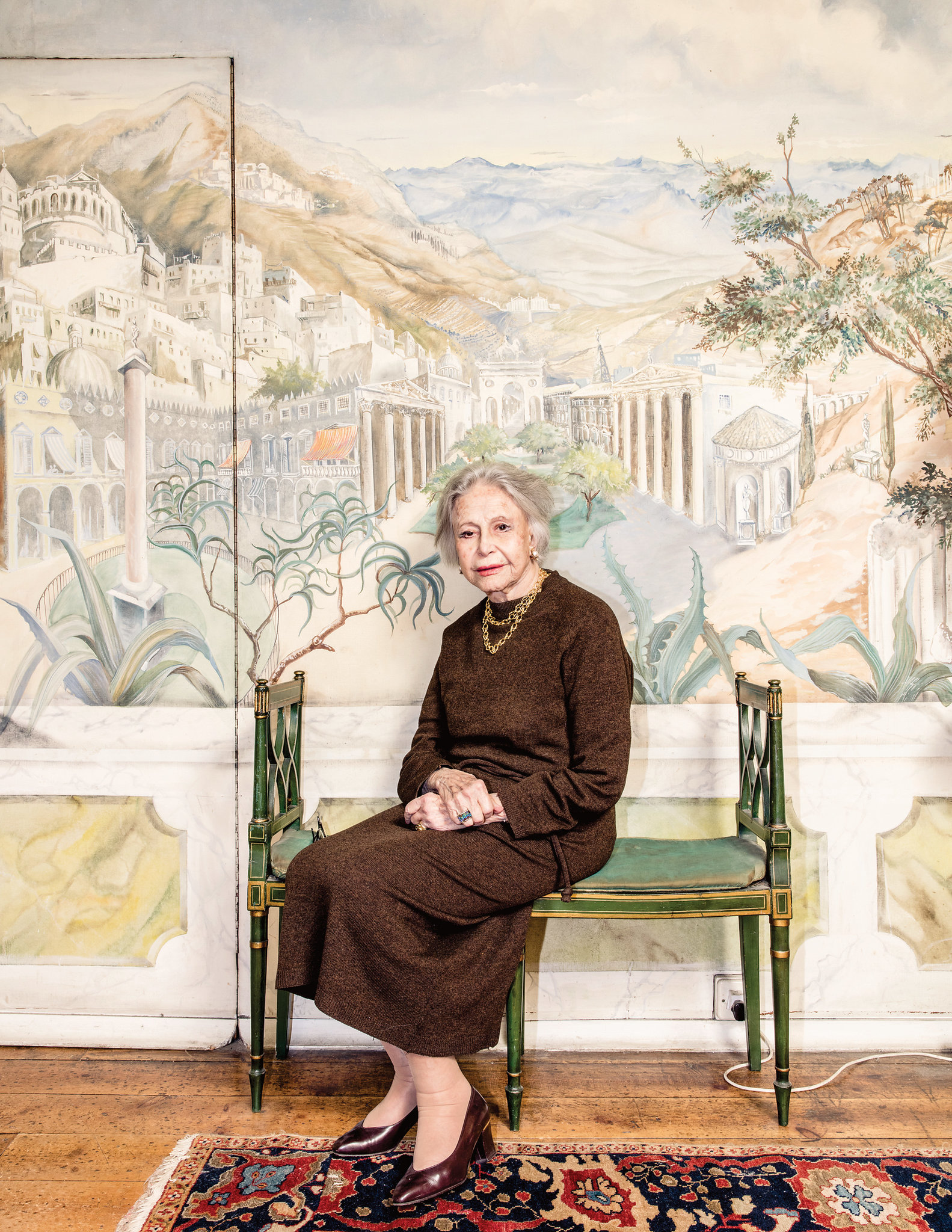 Michael Specter writes: The Sursocks are among the oldest and richest of the Christian families in Lebanon. And at the age of 94, Lady Cochrane, a Sursock by birth, may be the last great dame of the Levant. Lucid and acerbic, she seems like a cross between the Dowager Countess of Grantham and one of the less savory Mitford sisters. We had tea late one afternoon in her library, which, because it is the “coziest” place in the house, also serves as her sitting room. (This particular cozy room has 33-foot ceilings and mahogany walls and enormous 17th-century paintings. A collection of Flemish tapestries lines the entrance vestibule and dining room.)

Lady Cochrane, dressed crisply in a brown blouse, silk salmon foulard and houndstooth skirt, met me in the middle of the great hall, which features a double flight of marble stairs at its center. I asked the most obvious question first: Were you here during the civil war?

“Always,” she replied, as if my question was slightly insulting. “It’s where I live.”

Even today it is hard to walk three blocks in Beirut without seeing a building pockmarked with machine gun fire or mortar rounds, and yet the Sursock Palace was pristine. I wondered how that was possible.

“ I believe we were somehow respected,” she said matter-of-factly. “Because one day I was in the middle of the hall where you came in.” A crowd of what she referred to as “young ruffians” walked into the house. “I knew that these people would go from house to house, burgle and ruin them,” she said. (I wondered whether the words “ruffian,” and “burgle” had ever before been used to describe the vengeful packs of murderers that held sway in Beirut during the war.)

“I was alone,” she said, “and I thought, this is terrible. There must have been 50 of them. With big guns. I thought, they are just going to murder me. They saw me at a distance, and then they all went upstairs,” she said. “I tried to stay calm as best I could. After a time, they came down and I thought they must have just destroyed everything or stolen things.” She said this all with a kind of effortless serenity.

“But they did not pinch one single thing,” she continued, shaking her head in amazement 30 years later. “Except for an old poniard that had been hanging on the wall. There were two of them with exquisite Chinese handles. Very rare. They stole one and left the other where it was. I have always felt quite certain they didn’t care about the handle. Probably threw it away. They only wanted the dagger itself.”

Lady Cochrane explained that her staff had buried most of the valuables at the start of the hostilities. And there were a lot of them to bury. (“After it was over my own butler had trouble finding everything,” she said. “He hid it all so well.”)

She is horrified by the city she now inhabits. “When I was a child, Beirut was the most beautiful city. Full of gardens. Then bad government got a hold of the place. Now, after years of war and neglect it is nothing but a generalized slum.”

It was perhaps not the most nuanced analysis, but I had to ask one more question: What had happened?

“Democracy, young man,” she said. “Democracy. We never had a proper leader, and eventually the place began to fall apart.” [Continue reading…]