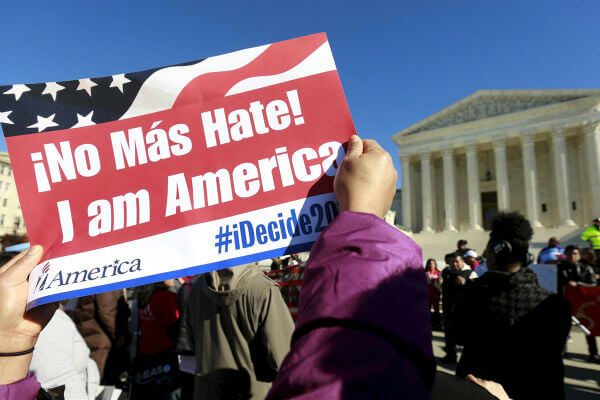 Benjamin Wallace-Wells writes: On Sunday, two days before the Presidential election, Donald Trump made five campaign stops, in five states: Iowa, Minnesota, Michigan, Pennsylvania, and Virginia. In Michigan, Ted Nugent served as the warmup act; in Virginia, it was Oliver North. At the end of Trump’s campaign, he has returned to the theme with which he began: the threat that immigrants pose to American society. In Minnesota, he told his supporters that “you’ve seen firsthand the problems caused with faulty refugee vetting, with very large numbers of Somali refugees coming into your state without your knowledge.” In Michigan, he blamed refugees for putting “your security at risk.” In Pennsylvania, he said, “You have people being brought into your community. Nobody knows who they are.” In Iowa, he described gruesome murders of Americans that were committed by immigrant killers. “The crime that’s been committed by these people is unbelievable.”

But the real news was about the electoral clout of “these people.” The background to those rallies was the accumulating evidence of a surge of Latino early voters, who may well change the course of this election. On Friday night, in Las Vegas, which has a large Latino population, the line to vote at a Cardenas supermarket was so long — at one point, more than a thousand people were waiting — that poll workers kept the site open until well after 10 p.m. The previous week, an A.P. photographer had captured a row of middle-aged women, most of them wearing casino housekeeper uniforms, standing in polling booths. The influential political analyst Jon Ralston wrote on Sunday that, in Las Vegas, Hillary Clinton’s early-voting lead may have put “a fitting final nail in Trump’s coffin.” In Florida, the line outside an Orlando library was ninety minutes long, and the political scientist Dan Smith noted the “explosive early voting turnout of Hispanics.” More than a third of those early voters did not vote in the last Presidential election. “The story of this election may be the mobilization of the Hispanic vote,” Senator Lindsey Graham, a Republican from South Carolina, and a vocal opponent of Trump, told the Times this weekend. [Continue reading…]