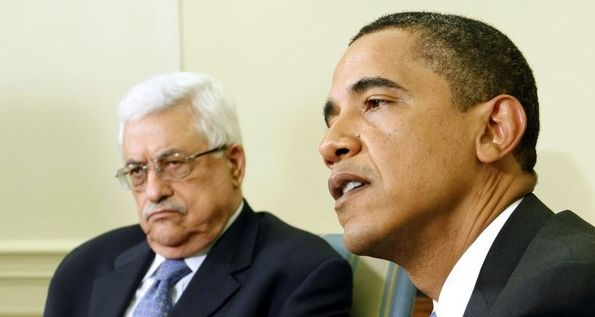 If you’re wondering how seriously to take the latest peace process gambit, this, from the Los Angeles Times, sums up the spirit of the latest move:

One White House official on Friday described peace talks as a “tradition” in which every American president must participate.

“This is something that there has been a long-standing U.S. commitment to engage with the Israelis and Palestinians on,” said John Brennan, assistant to the president for counter-terrorism and homeland security. “Previous administrations have dedicated much effort and energy to this, and the Obama administration is carrying this tradition on.”

Pardoning a Thanksgiving turkey, the National Christmas Lighting Ceremony, and sponsoring peace talks between the Israelis and the Palestinians — these are among the varied and wonderful traditions followed by American presidents and Barack Obama is no exception.

There is little confidence — close to none — on either side that the Obama administration’s goal of reaching a comprehensive deal in one year can be met.

Instead, there is a resigned fatalism in the air. Most analysts view the talks as pairing the unwilling with the unable — a strong right-wing Israeli coalition led by Prime Minister Benjamin Netanyahu with no desire to reach an agreement against a relatively moderate Palestinian leadership that is too weak and divided to do so.

“These direct negotiations are the option of the crippled and the helpless,” remarked Zakaria al-Qaq, vice president of Al Quds University and a Palestinian moderate, when asked his view of the development. “It is an act of self-deception that will lead nowhere.”

And Nahum Barnea, Israel’s pre-eminent political columnist, said in a phone interview: “Most Israelis have decided that nothing is going to come out of it, that it will have no bearing on their lives. So why should they care?”

That such a dismissive tone comes not from the known rejectionists — the Islamists of Hamas who rule in Gaza and the leadership of the Israeli settler community in the West Bank — but from mainstream thinkers is telling of the mood.

Some Israelis who have spent their professional lives on peace talks with the Palestinians were upset by the fear that failed talks could prove worse than no talks. Yossi Beilin, for example, who left politics in 2008 after years as a leftist member of Parliament and government minister, said Friday that the Obama administration was wrong to set a one-year goal without consequences.

“I think this is a huge mistake by the U.S. administration,” he said by telephone. “There is not a chance in the world that in a year — or two or three — peace can be achieved. The gap between the sides is too big. Netanyahu did not come to power to divide Jerusalem or find a solution to the Palestinian refugees.”

8 thoughts on “Obama administration carries on the peace talks “tradition””