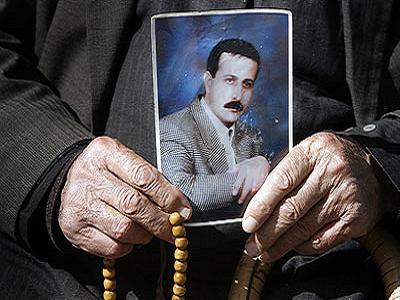 The Journal has followed this story more closely than any other US newspaper and this report contained some interesting new information — such as that one of the key suspects, recently using the name Christopher Lockwood, had previously used the identity of a young Israeli soldier, Yehuda Lustig, who was killed during the Yom Kippur War in 1973.

Still, as the headline suggested, investigators were no closer to tracking down Lockwood or any of the other suspects widely assumed to be Israeli Mossad agents. An Israeli who had been arrested in Poland, extradited to Germany and then released on bail in August, swiftly returned to Israel.

The trail has gone cold — but not according to Lt Gen Dahi Khalfan Tamim, the Dubai chief of police. He told The National on Monday that in fact a major suspect was arrested two months ago by a Western country but authorities in that country have requested that no information about the arrest should be made public.

The Abu Dhabi newpaper reported: “The country that arrested the suspect two months ago is not believed to be European.”

So which Western countries do we already know are involved in the case? The only non-European Western country that suspects are known to have traveled to after the murder is the United States.

The Journal now reports on these suspects that:

Their passport details showed up in a U.S. border-control system that collects electronic manifests of international flights and screens them against passenger watch lists, according to people familiar with the probe and to investigation documents reviewed by the Journal. That suggested the suspects had boarded planes bound for the U.S. The information was passed to international investigators involved in the case, raising hopes of a capture.

But the U.S. Department of Homeland Security has since said it doesn’t have records of the two suspects in its system.

It doesn’t have the records — meaning the records have vanished? Been handed over to a different agency, such as the FBI? Or what?

Something doesn’t add up here.

If it turned out that a suspected murderer who belonged to Mossad was arrested in the US, there’s no doubt that the Obama administration would be in a quandary about how to proceed. The one thing we can sure of is that it would guard its actions with the utmost secrecy.

3 thoughts on “Might the US be holding a fugitive Mossad agent in secret detention?”