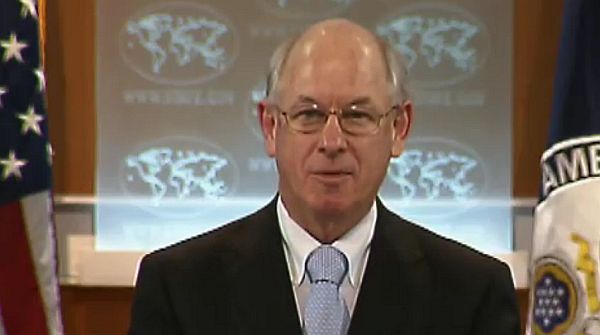 On February 25, 2010, State Department spokesperson Philip Crowley lied when he told a press conference that he wasn’t aware of any request from Dubai for assistance in tracking the Mossad killers of Mahmoud al-Mabouh. To those who say that Wikileaks hasn’t told us anything we didn’t already know–think again.

Wikileaks has just released a February 24, 2010 cable in which the embassy relays the specific credit card numbers used by 14 of the 27 known Mossad suspects to State with a request for assistance from authorities investigating the killing, and confirms that the UAE foreign minister made the exact same request directly to Secretary Clinton on February 23rd:

On the margins of a meeting with visiting Secretary [of Energy] Chu, on Feb 24 MFA Minister of State Gargash made a formal request to the Ambassador for assistance in providing cardholder details and related information or credit cards reportedly issued by a U.S. bank to several suspects in last month’s killing of Hamas leader Mahmoud Al-Mabhouh in Dubai. According to a letter Gargash gave the Ambassador (which transmitted details of the request from Dubai Security authorities to the UAE Central Bank), the credit cards were issued by MetaBank, in Iowa.

Comment: Ambassador requests expeditious handling of and reply to the UAEG request, which was also raised by UAE Foreign Minister Abdullah bin Zayed in a February 23 meeting with Secretary Clinton in Washington.

Given that the State of Israel’s role in the assassination of Mahmoud al Mabhouh and in the theft and fraudulent use of British and other passports, it comes as no surprise that as these facts become matters of public record, the new chief of Mossad is about to issue an apology to the British government and promise not to commit such crimes in the future. This is not to suggest that either the Israelis or the British are opposed to similar assassinations being conducted in the future — merely that Mossad is expected operate its death squads in such a way that Israel’s allies can be saved from embarrassment.