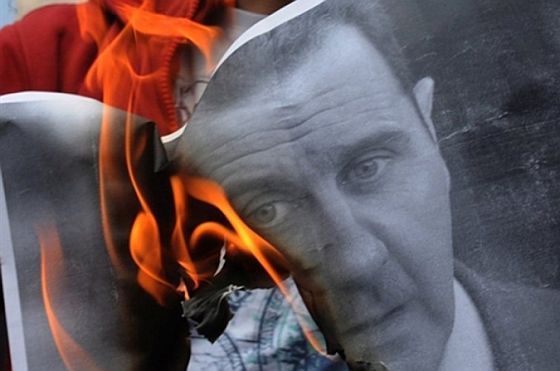 Dozens of people have been shot dead by Syrian security forces, activists claim, as tens of thousands took part in anti-government rallies dubbed a “day of rage”.

Activists said at least 50 protesters were killed across the country on Friday, although Al Jazeera cannot independently verify the death toll.

Deraa has been the scene of regular demonstrations since protests against Syrian president Bashar al-Assad’s rule began last month, but the city has also borne the brunt of weeks of government repression.

The government claims its forces are battling “extremist and terrorist groups in the town” and said two soldiers were killed on Friday.

“Deraa has been under siege since Monday morning. Residents from the surrounding villages were trying to break the siege as they tried to get supplies,” our correspondent said. (Al Jazeera)

Crunch-time for the Syrian regime

Peter Harling writes: Seen from Damascus, the crisis that is gripping Syria is fast approaching crunch-time. The regime appears to have stopped pretending it can offer a way out. More than ever, it portrays the confrontation as a war waged against a multifaceted foreign enemy which it blames for all casualties. This narrative, which informs the security services’ brutal response to protests, has cost the authorities the decisive battle for perceptions abroad, at home, and even in central Damascus — a rare bubble of relative calm that has now entered into a state of utter confusion.

The primary benefit of observing events from the Syrian capital is to measure just how unreliable all sources of information have become. Local media tell a tale of accusations and denials in which, incredibly, security services are the sole victims, persecuted by armed gangs. Where the regime initially acknowledged civilian martyrs and sought to differentiate between legitimate grievances and what it characterized as sedition, such efforts have come to an end.

For its part, the foreign media, denied access by the regime, relies virtually exclusively on material produced by on-the-ground protesters, the dependability of which has proven uneven. The novel phenomenon of “eye-witnesses” further blurs the picture. Outside observers have sought to counter the state-imposed blackout by recruiting correspondents, often haphazardly, flooding the country with satellite phones and modems. Several cases of false testimonies have cast doubts on such procedures but, for lack of an alternative, they largely continue to shape coverage of events. (Foreign Policy)