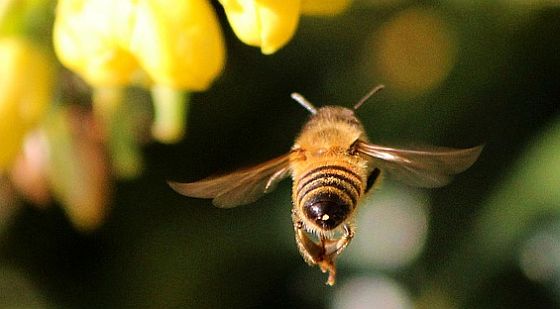 In the minds of many humans, empathy is the signature of humanity and yet if this empathy extends further and includes non-humans we may be suspected of indulging in anthropomorphism — a sentimental projection of our own feelings into places where similar feelings supposedly cannot exist.

But the concept of anthropomorphism is itself a strange idea since it seems to invalidate what should be one of the most basic assumptions we can reasonably make about living creatures: that without the capacity to suffer, nothing would survive.

Just as the deadening of sensation makes people more susceptible to injury, an inability to feel pain would impede any creature’s need to avoid harm.

The seemingly suicidal draw of the moth to a flame is the exception rather than the rule. Moreover the insect is driven by a mistake, not a death wish. It is drawn towards the light, not the heat, oblivious that the two are one.

If humans indulge in projections about the feelings of others — human and non-human — perhaps we more commonly engage in negative projections: choosing to assume that feelings are absent where it would cause us discomfort to be attuned to their presence.

Our inclination is to avoid feeling too much and thus we construct neat enclosures for our concerns.

These enclosures shut out the feelings of strangers and then by extension seal away boundless life from which we have become even more estranged.

Heather Swan writes: It was a warm day in early spring when I had my first long conversation with the entomologist and science studies scholar Sainath Suryanarayanan. We met over a couple of hives I had recently inherited. One was thriving. Piles of dead bees filled the other. Parts of the comb were covered with mould and oozing something that looked like molasses.

Having recently attended a class for hobby beekeepers with Marla Spivak, an entomologist at the University of Minnesota, I was aware of the many different diseases to which bees are susceptible. American foulbrood, which was a mean one, concerned me most. Beekeepers recommended burning all of your equipment if you discovered it in your hives. Some of these bees were alive, but obviously in low spirits, and I didn’t want to destroy them unnecessarily. I called Sainath because I thought he could help me with the diagnosis.

Since then, the world has seen the decline of many other pollinating species, too. Because honeybees and other pollinators are responsible for pollinating at least one-third of all the food we eat, this is a serious problem globally. Diagnosing bee problems is not simple, but some answers are emerging. A ubiquitous class of pesticides called neonicotinoids have been implicated in pollinator decline, which has fuelled conversations among beekeepers, scientists, policy-makers and growers. A beekeeper facing a failing hive now has to consider not only the health of the hive itself, but also the health of the landscape around the hive. Dead bees lead beekeepers down a path of many questions. And some beekeepers have lost so many hives, they feel like giving up.

When we met at my troubled hives, Sainath brought his own hive tool and veil. He had already been down a path of many questions about bee deaths, one that started in his youth with a fascination for observing insects. When he was 14, he began his ‘Amateur Entomologist’s Record’, where he kept taxonomic notes on such things as wing textures, body shapes, colour patterns and behaviours. But the young scientist’s approach occasionally slipped to include his exuberance, describing one moment as ‘a stupefying experience!’ All this led him to study biology and chemistry in college, then to work on the behavioural ecology of paper wasps during his doctoral studies, and eventually to Minnesota to help Spivak investigate the role of pesticides in CCD.

Sainath had spent several years doing lab and field experiments with wasps and bees, but ultimately wanted to shift from traditional practices in entomology to research that included human/insect relationships. It was Sainath who made me wonder about the role of emotion in science – both in the scientists themselves and in the subjects of their experiments. I had always thought of emotion as something excised from science, but this was impossible for some scientists. What was the role of empathy in experimentation? How do we, with our human limitations, understand something as radically different from us as the honeybee? Did bees have feelings, too? If so, what did that mean for the scientist? For the science? [Continue reading…]