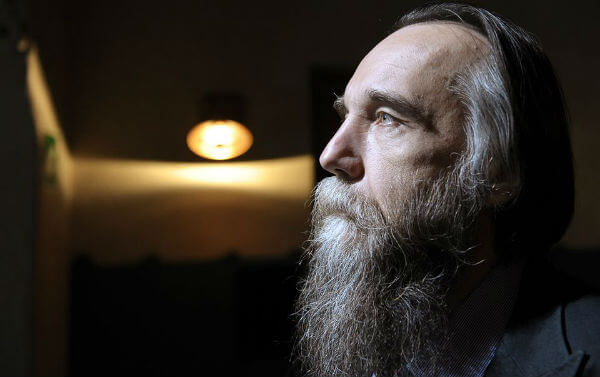 Matthew d’Ancona writes: Russian hacking, White House warnings, angry denials by Vladimir Putin’s officials: we are edging towards a digital Cuban crisis. So it is as well to ask what is truly at stake in this e-conflict, and what underpins it.

To which end, meet the most important intellectual you have (probably) never heard of. Alexander Dugin, the Russian political scientist and polemicist, may resemble Santa’s evil younger brother and talk like a villain from an Austin Powers movie. But it is no accident that he has earned the nickname Putin’s Rasputin. His books and posts – often, it must be said impenetrable or plain madcap – are required reading for those who seek to understand the new landscape of Brexit, Donald Trump’s victory and the global surge of the far right.

Born in Moscow in 1962, Dugin is a ferocious champion of Russian imperialism, or what he calls Eurasianism. He supports tradition against liberalism, autocracy against democratic institutions, stern uniformity against Enlightenment pluralism. In The Fourth Political Theory (2009), he claims all this adds up to a new and coherent ideology, supplanting liberal democracy, Marxism and fascism – though he still seems pretty fond of fascism.

The extent of Dugin’s personal access to the Kremlin remains opaque: it has certainly waxed and waned over the decades. What is beyond dispute, however, is the influence his geopolitical vision has enjoyed in the general staff academy and the Russian ministry of defence. Putin’s intervention in Georgia in 2008, his invasion of Ukraine in 2014, and his tightening grip on Syria are all entirely consistent with Dugin’s strategy for Mother Russia.

All of which is alarming enough. But what makes Dugin so suddenly significant is his growing influence in the west. It has long been alleged that he acts as a covert intermediary between Moscow and far-right groups in Europe, many of which are believed to receive funding from the Kremlin.

The purpose of operations like the hacking of the US election has been to destabilise the Atlantic order generally, and America specifically. And on this great struggle, Dugin is positively millenarian: “We must create strategic alliances to overthrow the present order of things, of which the core could be described as human rights, anti-hierarchy, and political correctness – everything that is the face of the Beast, the anti-Christ.” [Continue reading…]