For those of us who view the Israeli-Palestinian conflict as being an issue of injustice, there’s plenty of reason to believe no resolution is in sight simply because justice is one of the weakest among the principles governing world affairs. To this extent, Israeli leaders can feel confident in their sense of impunity.

But there is another line Israel crosses at its peril: where its actions conflict with the commercial interests of its allies. Israel can be a moral liability but it cannot be a financial liability.

US taxpayers have every reason to feel that Israel, as the largest single recipient of US foreign aid, is already a massive financial liability. Even so, since most of those tax dollars get plowed straight back into the US defense industry, Washington is unlikely to become more attentive to the concerns of ordinary American citizens than it is to the interests of its corporate sponsors. 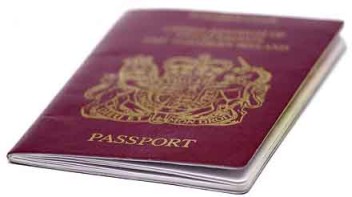 Nevertheless, there is now reason to think that with the murder of Mahmoud al Mabhouh in Dubai, Israel crossed a line that strains the limits of Western tolerance. Western governments would have paid scant attention to this event were it not for one egregious error by Mossad: its flagrant disregard for the integrity of foreign passports.

For many international travelers from Western countries, a passport might seem like nothing more than an obligatory document of no extraordinary value, yet in many ways these carefully bound and embossed permits are the lubricants of globalization. Swift passage through immigration control is one of the things that keeps the wheels of business turning smoothly.

But anyone traveling to the Middle East on an EU or Australian passport will now face a new level of scrutiny from immigration officers intent on blocking the passage of Israeli assassins.

Dubai’s police chief Lt Gen Dahi Khalfan Tamim announced on Monday that any travelers suspected of being Israeli, even if they hold passports from another country, will now be barred from entry into the UAE.

Asharq Al-Awsat reports that any foreign traveler visiting Lebanon who has a Jewish name will now be placed under surveillance.

Major General Wafiq Jizzini, director general of the Lebanese Public Security, said: “When someone comes to Lebanon on a foreign passport and the name of his family indicates that he is of Jewish origin, the border center sends the information to the central information office at the General Directorate of the Public Security. Afterward, the directorate observes this person who would have already registered his address in Lebanon. Both the visiting person and the one who receives him at the airport are observed.” 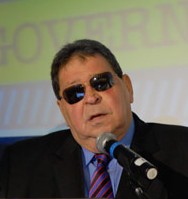 Israeli leaders such as Israel’s minister of industry, trade and labor, Binyamin Ben-Eliezer, who still regard the Dubai murder as a victory for Israel, have further reason to question that conclusion as fallout from the operation has now reached the United Nations General Assembly.

On Friday, the only countries willing to side with Israel in opposing a resolution that makes a renewed call for the investigation of war crimes committed during Israel’s war on Gaza, were the United States, Canada, Micronesia, Nauru, Panama, and Macedonia.

Australian government sources informed the Sydney Morning Herald that there was a direct connection between the UN vote and the Dubai affair:

Britain, France and Germany have all recently expressed anger at Israel after their passports were caught up in the Dubai plot.

One Department of Foreign Affairs source told the Herald there was no doubt the decision to abstain was intended as a sign to Israel not to take Australian support for granted.

“A number of things made it easier for us to switch our vote,” the source said.

“Firstly, the Americans helped the Palestinians to soften the wording of this resolution compared to the last one. Secondly, a number of other countries had indicated that they were toughening their own positions on Goldstone. But there is no question that the debacle surrounding our passports being used in Dubai helped to make up the government’s mind to abstain. The final decision was taken late on Friday, Australian time, just a few hours before the vote.

“Our pattern in the past has been to vote with the US when it comes to Israel, to show as much support for Israel as possible.

“We were also aware that the UK’s decision to vote in favour of the resolution was influenced by the fact that so many of their citizens had been caught up in the Dubai assassination.”

Israelis would do well to remember that even among their most effusive supporters, an allegiance to business invariably trumps all others.

4 thoughts on “At what point will the West dump Israel?”